SO I’ve been reading a bit of the New York Review Of Books lately. I was thinking about subscribing. I’ve always thought of it as some kind of last bastion of thought in america. Unfortunately it currently offers nothing interesting. The articles seem like they were tossed off in an afternoon and were written from a template. There isn’t even anything interesting about its political opinion pieces. I read an article on a book of about Philosophy by Freeman Dyson. It was like something from Time Or Newsweek. It talked about personalities and anecdotes while dismissing philosophy as something that pretty much doesn’t exist anymore. The author names Heidegger and Wittgenstein saying that the former established Existentialism and the latter only wrote one book. He goes on to conclude that Heidegger”Lost all Credibility” after the early 30’s and sums up Wittgenstein by noting his tragic family situation which must have led him to write that first book. How utterly disappointing. Then there was that article published just after the election penned by Paul Volcker calling for some domestic austerity programs and to top it off there was a glowing review of the latest Spielberg Movie. I’m going to check out the London review of books and see if that is any better.

While I’ve taken really only one foray thus far into the city of Nashville I hope it isn’t representative of the rest of the place.  I went to a used book store called Bookman and Bookwoman.

I had some reason to expect it perhaps might have a copy of Hiedeggar’s Being In Time or perhaps some Derrida or Baudrillard because they boasted on the web that they had 200 books of literary criticism.

Well no I was told by  an older distinguished gentlemen that he had a wearhouse full of literary criticism but it didn’t sell and though he might have had some Hiedeggar in the past he doubts there are any on the shelves currently.  He was right they had a beat up copy of

Ludwig Wittgenstein‘s Tractatus Logico-Philosophicus but I wasn’t payin’ 8.95 for that.

Instead I bought a book by Edmund Husserl. 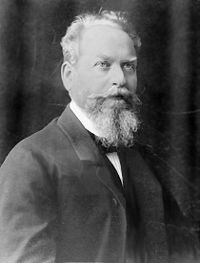 What they did have was tons of science fiction but each paperback was 3.95 so i only bought some Boris and Arkady Strugatsky including  Roadside Picnic which  was the story that Andrei Tarkovsky based the film Stalker on.

I think it is rather sad that this bookstore is so well known by people who go to Nashville when it obviously isn’t frequented by anyone with an actual desire to expand their mind.  But then it seems most people have rather pedestrian interests.  In fact it seems like a life spent exposing oneself to media in order to see new or interesting things in a conscious way becomes extremely claustrophobic.  To maintain a pattern of mind that will lead to fruitful things coming out of an abundance of spirit requires total immersion in a way of thinking as much as it does to overcome the illusion of a dead lonely planet with sad streessed out ghosts wandering around nowhere.  The Media available to people everywhere for free is all of a piece.  Media is distraction, it makes small people feel big.  It is a large window that has only thus far been used in a narrow singleminded fascist way.  The postmodernist insight that our reality is what is on the media is only true to the extent that we can’t see past the tens of thousands of hours experience most people have with these commercially funded media.  It’s strange how people can put their minds into that world.  If its purpose was in any way artistic or educational in a real way than it would not be the product.  The entire experience is one of “feeling ways about stuff designed to make you feel exactly that way.”  Why is it not patently obvious that a population in a country where everyone has a had more face time with this “Media World” than with any particular person would becomes almost inextricably bound to what ever message happens to end up on the screen.  It is probably the case that it isn’t an INTENTIONAL message.  “Attention everyone: look and listen to this”  is just structurally gonna have a large and lasting effect on the parts of the human mind tied up with processing things on an unconscious level.

If it actually is the case that the human brain processes much more information about our sense perceptions than we are consciously aware of, why is it so hard to understand that our experience of the world has been severely altered through forces seeking to control behaviour?  If a large picture appears on a billboard then on a glowing electronic screen then in a magazine and on a bus isn’t it at least concievable that a certain amount of strange connections could be made by a mind whose business it is to construct a cohesive reality?